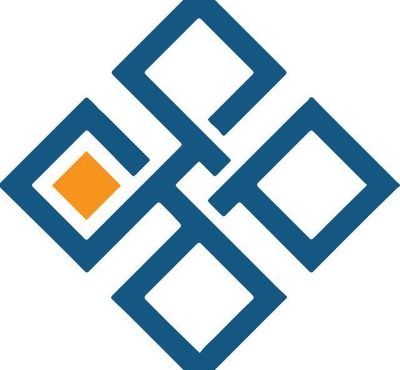 Social Chains’ project lacks depth and sincerity. Their team is non-existent on paper, and their proposed budget isn’t realistic for the platform they have in mind. The team envision a decentralised social media ecosystem that will revolutise how people interact online, but they have no working proof of concept or viable prototype.

Social Chains’ project is a risky investment. It has not been audited and no ICO Fund Supervision Scheme has been set up.

Examine the review of Social Chains' ICO before you invest, and make yourself aware of the risks associated with the purchase of SOCT.
Incorporation and Shareholding

There are no signs that Social Chains belongs to any registered company. There are no filings on SEC under this name, and no parent company or subsidiaries to be found. There are also no signs of a registered address to tie this company to a specific location.

This ICO is set to run for almost two years – a duration which is extremely rare in the world of ICOs. The reasoning behind this has not been confirmed by the company or team at all.

As far as we can determine, this company has no assets, tangible funds or investors and will rely entirely on the funding of the ICO to action their promises.

There are no financial staff members listed on the roster, suggesting that there is nobody to oversee the regulation and management of any funds raised in the ICO.

This is a fundraising project which exists for the sole purpose of generating funds to finance the development of Social Chains’ project.

Social Chains have requested a hard cap of 40m USD – we estimate that this is nowhere near enough to finance a team, company and project of this magnitude.

This project also remains unaudited, has no IFSS and no KYC in place.

There are red flags present in this project right from the beginning. Their whitepaper was extremely short considering the circumstances, and features just nine pages of content. Their roadmap is extremely weak and milestones have already been missed.

If you access the project’s website, you can see that Social Chains is available by invite only, thus locking out the general public from accessing any demo or beta product. There is no working prototype available.

Technically, it will take tens of millions of dollars, thousands of man hours and an extremely technical team to construct a fully-fledged social media platform. It’s estimated that to construct something to rival Facebook would cost hundreds of millions of dollars. Social Chains have requested a hard cap of 40m USD – nowhere near enough to finance a team, company and project.

In reality, there’s too much competition for a project such as this to succeed, and the company has had no success in gathering a social media following, something which is a red flag for a company that envisions itself as being part of said industry.

Utility tokens do not represent any right on the project, and should not be considered as an investment; in general, the chances of appreciation are less than what expected.
Investors should be aware of the risks associated to the ”failure to deliver” white papers promises, which can nullify the utility of the token.

In the ICO, this token also has a high price of 1 USD per token. The project also has a considerably high soft cap of 10m USD.

The team have stated a soft cap of 10m USD but they haven’t confirmed what they will do should this amount not be reached. There is no clause written into this project that details a potential returns of investors’ funds, which stands as a clear red flag.

The CEO (https://www.linkedin.com/in/srinikatta/) is the only senior member of staff listed on the team. There is no management structure present, and on LinkedIn, his profile claims he is searching for a “Co-Founder” for the project.

Only one other member of staff has a connection to Social Chains on LinkedIn, and he is the ‘Crypto Economy Strategist’, a very vague company position to hold.

The lack of a management structure and failure to declare a technical team is a stark red flag for a project such as this.

There are too many red flags in Social Chains’ project for us to endorse it as a good choice for your investment. If the company were to employ deeper transparency and declare a team, it would alleviate some of the warning signs present, but this remains a very risky project to get involved in.

The issuers of this ICO have not commented on this review.
If you represent Social Chains, please contact us to request auditing and subscription to IFSS.