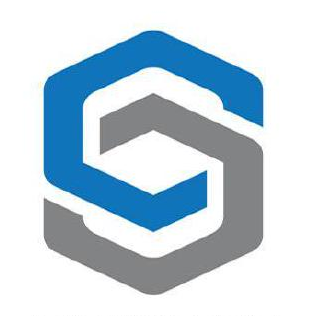 LinkChain’s premise is to create a blockchain-based platform that will allow buyers and suppliers to transact quickly, securely and cost-effectively. Their ideas address real issues in the freelance and self-employment industries in a way that makes sense and comes across as very well founded, but the project remains unaudited and red flags concerning funds supervision.

LinkChain’s project is a risky investment. It has not been audited and no ICO Fund Supervision Scheme has been set up.

Examine the review of LinkChain's ICO before you invest, and make yourself aware of the risks associated with the purchase of LNK.
Incorporation and Shareholding

Although LinkChain appears to have been founded for the purpose of this project, we’ve been unable to locate the company on the SEC to check any filings. There is a registered trademark of LinkChain that clear pertains to this company, but its owner is Tailor Made Acquisitions LLC, which is also missing any SEC filings.

Two of the founding team members have passed KYC, but there is no audit and no IFSS on this project.

The Chief Compliance Officer is present at many other companies according to LinkedIn, casting a red flag against his availability for this project. The Chief Finance Officer does have a background in accounts and credit, but is located in the UK while this project will operate in America.

The company’s profile on ICOBench explains that the funds raised will be held in a third-party escrow account, but they fail to expand on this point, leaving us unsure of where the money will be, exactly.

LinkChain have achieved some good milestones during their startup, including a massive social media following that surpasses that of some already-established companies doing a similar job. Their whitepaper is plentiful and contains some very strong statistics and fantastic market research, and they’ve released a prototype, MVP and beta product. However, these aren’t immediately tangible but they do seem to be on track with their roadmap.

Our only doubt is that they will not be able to achieve their goals with a hard cap of just 16m USD and may require further funding to achieve what they envision.

The project comes with a fairly high soft cap, which is strange when offset against the relatively low hard cap. In the ICO, the cost of a token will be 2.50 USD, one of the highest-costing ICOs we’ve seen in recent months.

However, there are some key points to take from this: LinkChain will be distributing 70% of the token in their sale, which is very high when compared to competitors.

Secondly, these are not utility tokens. The team at LinkChain have declared these tokens as official securities, and as such they will be subject to federal laws and regulations, and more strictly governed than a simple utility token.

If the project was to succeed, the investors will essentially own a share or investment in the company, and the expensive upfront cost will surely pay off.

However, the team have stated a soft cap of 5m USD but they haven’t confirmed what they will do should this amount not be reached. There is no clause written into this project that details a potential returns of investors’ funds, which stands as a clear red flag.

The team behind LinkChain remains very transparent and genuine. The size of their roster is more than fair and includes a great division of technical, management, marketing, legal and advisory staff, with believable profiles and accounts.

CEO and Founder: https://www.linkedin.com/in/constontaylor/ A very public profile with a clear connection to the project.

CCO: https://www.linkedin.com/in/jackbensimon/ Present at other companies but does retain a public connection to LinkChain.

LinkChain have admirable goals in mind that – if implemented properly – could potentially disrupt the existing freelance and remote-working market. The team seems adequate for the project at this stage, but more steps need to be taken to ensure deeper transparency and sincerity. This project remains unaudited and without IFSS.

The issuers of this ICO have not commented on this review. If you represent LinkChain, please contact us to request auditing and subscription to IFSS.