It has been eighteen months since Storiqa’s ICO closed, and the company has now allegedly completely given up on their investors. It has been alleged that they never had anything real to show to their investors, and soaked up almost 25m USD in funds, to no real end.
Today, reports suggest their websites are unresponsive, their social media is allegedly abandoned and rife with attacks by disgruntled investors, and there is allegedly no trace of the company behind the ICO or its founders. This project allegedly threw up red flags from the inception and to this day remains completely unregulated and deceitful, reports indicated.

If you suffered financial loss related to Storiqa's ICO, join this class action to claim a refund
209 class members
1. Allegations on project deliverables

The team behind Storiqa allegedly promised a revolutionary crypto-powered storefront, that would enable anybody in the world to run their own online store, using the “platform’s wide range of features”, but reports suggest that this was never made a reality. Storiqa allegedly were never in possession of any kind of concept or prototype, and their main website has been offline for some time now, effectively proving that the project has long been shut down, reports suggested.

It has been alleged that this goal was never truly feasible, as the level of competition in this industry is simply too high. The e-commerce market is enormous, and any attempt to disrupt that set-up wouldn’t ever work, owing to giants such as eBay and Amazon. Reports indicated that the reason for explaining the apparent closure of this project is it simply wasn’t viable.

Allegedly, the founders behind this project – Evgeny Gavrilin and Ruslan Tugushev – ran an ICO in late 2018 for a project called Boomstarter Network, which is allegedly the ‘largest crowdfunding platform in Russia’, and has been established for some years. Reports have questioned this circumstance: if the founders of Storiqa run the biggest crowdfunding platform in Russia, why would they need to run one ICO, let alone two?

Boomstarter’s ICO allegedly raised almost 4m USD and again, it has been alleged, has nothing to show for it. Their website ranks low on Alexa, reports say it is poorly built and it seems almost inactive. Reports again indicate that when comparing this project with the likes of Kickstarter, it isn’t a feasible premise.

In their whitepaper, the Storiqa team claimed that the STQ token would be used as follows:

This is one of the too-common examples of how a token and its respective platform can fail hand-in-hand. If the token becomes worthless, then the platform becomes worthless, and vice-versa. In this case, the platform was never launched, subsequently causing the token to rapidly and exponential plummet in value. At present, there is a -97% ROI for the STQ token. In the ICO, this token sold for 0.003 USD, and is now worth just 0.0001 USD per token. 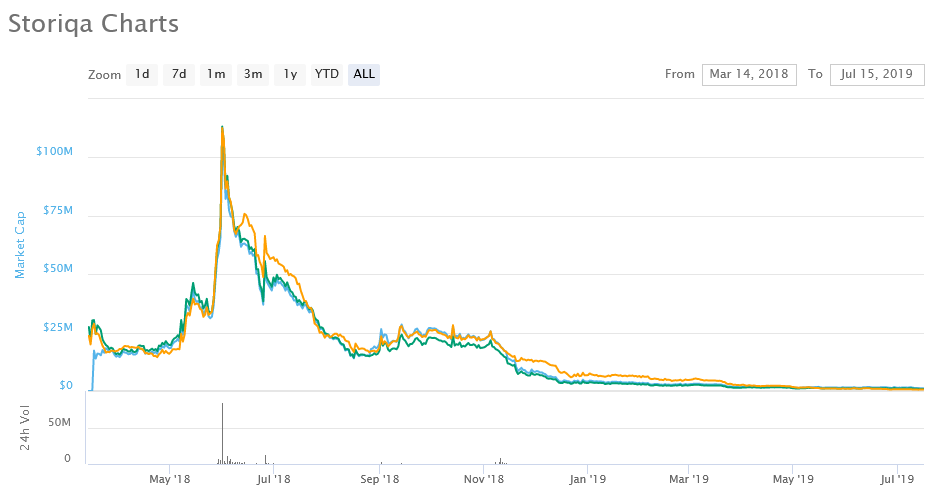 To put it directly: there is no trace whatsoever of the funds raised in this ICO. The company have absorbed 25m USD in funding and cut all ties with the project. The project was unaudited and unregulated from the start, and the team never declared how funds would be supervised or managed.

In a retail aspect, if this project were ever to go ahead, it would require blockchain implementation, as users of the platform buy and sell goods and services. However, owing to the sheer disregard for any real working product, this isn’t a viable aspect of discussion. The team at Storiqa never would have had any intention of pushing out the development of this platform to their investors, and therefore nothing was ever planned for blockchain integration.

No, the STQ token is merely an industry-standard ERC20 token.

Every point that can be raised regarding Storiqa’s ICO takes the form of a red flag. The online opinions of Storiqa claim outright that this was a cash grab or an exit scam, and the evidence found in our investigation does support those allegations. In the opening days of this project, the company admitted that they weren’t interested in KYC, and then backtracked when suspicions were raised.

With this project, even the initial conception is dubious. Evgeny Gavrilin (Co-founder) was listed in the whitepaper as an ‘early investor’, but he’d go on to lead talks and presentations, and be later named the Co-founder of the project. 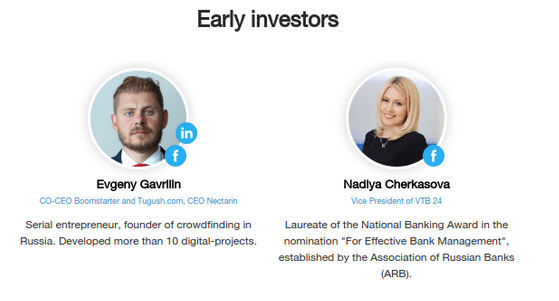 As highlighted above, Evgeny is also present at Boomstarter and Tugush.com. These placements are near-identical to CEO of Storiqa, Ruslan Tugushev: https://www.linkedin.com/in/rt001/. Both men are currently listed on LinkedIn as working with a list of companies. Further, all companies named are Russian, yet the ICOs for Boomstarter and Storiqa were registered in Singapore and Hong Kong, respectively.

In fact, Storiqa was registered with Hong Kong authorities mere months before their ICO would go ahead. The company had nothing before the ICO, and they have nothing to show after it.

If you have been impacted financially by Storiqa’s ICO, please join this class action with confidence.

Storiqa’s Team has not replied to this post yet. If you are acting on behalf of the issuer and wish to contact us please click here