REAL endeavoured to revolutionise the real estate industry by enabling any user to invest in a fraction of real estate with their “REAL” tokens. However, owing to poor KYC, failed implementation and a lack of development, both REAL and their coin have failed, with an enormous drop of 96% since their ICO. The company has nothing to show for the money raised and haven’t taken the steps necessary to construct a project such as this, namely: coordination with legal entities concerned with land registry and transferal of property ownership, and deeper implementation of token transfer-ability.

If you suffered financial loss related to REAL's ICO, join this class action to claim a refund
10 class members
1. Has the project accomplished the goals set out in the white paper?

The whitepaper can be construed as false in certain areas right from the start. The imagery they displayed of their website was nothing like their actual domain:

The real website was (and remains to be) bland, empty and uninformative. The milestones listed in their road-map have been missed in the majority, with their 2018 goals being the introduction of a mobile app, expansion into other countries and profit payments. None of these aspects have been realised. In fact, a year after launch the website is still in “beta” and they have no viable properties listed.

Expanding on this, we can establish a clear lack of development for REAL by examining the lack of official registry or licensing. An endeavour such as this would require close coordination with National land registers, the technical implementation of an ownership transferal system and the legality that comes with it, and an advanced transfer-ability of the token itself. This project would be impossible to launch successfully without the participation and support of the real estate industry as a whole.

The team announced the imminent launch of the “V2” platform two months ago, but the website for this hasn’t even gone live as of yet. Currently, it’s just a log-in portal and a list of the mediocre exchanges their coin is listed on.

Three main utilities were proposed for the token:

First and foremost, the coin is worthless. This strikes out the first utility as it simply isn’t being traded. Secondly, there are no real estate listings and the platform isn’t developed – there’s nothing to invest it. Therefore, the coin ultimately has no utility.

REAL indicated that 55% of the funds gathered in the ICO would be distributed among the “core team”: the developers. However, we’re more than a year down the line and quite simply, nothing has been developed. The platform isn’t operational and most of their intended products are yet to appear. 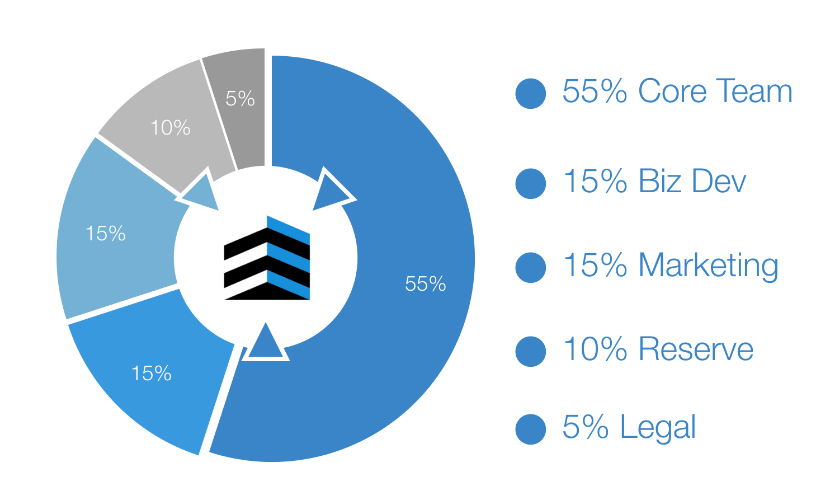 In regard to the token itself, REAL stated that 20% would be reserved for the team and another 29% would be put aside – locked – and only released when the initial providence of REAL was spent. However, as the coin has no value and isn’t actively being traded in any substantial volume, it’s likely the team will hold on to these coins until they either lose value entirely, or they dump them.

Yes, the token was built to be traded on the Ethereum blockchain and would have been used in real estate transactions.

The whitepaper boasts the “innovation of the REAL token”, but it’s merely a copy of the existing ERC20 “MiniMe” token.

REAL pulled in a massive 11m USD in funding for a project that is very unlikely to come to fruition. The token that the investors bought into has crashed to a dizzying low from the very-highly priced ICO value and shows no sign of gaining traction any time soon. They’ve missed their roadmap milestones by several months and are slow and reluctant to provide any further concrete updates, further cementing the doubt surrounding this project.

If you have been financially impacted by REAL’s ICO, please join this class action with confidence.

REAL’s Team has not replied to this post yet. If you are acting on behalf of the issuer and wish to contact us please click here