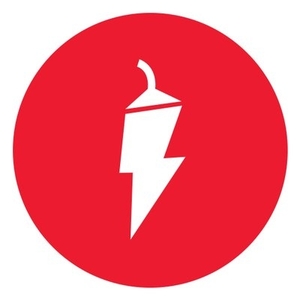 It is alleged that NAGA Coin was designed as a decentralized cryptocurrency that would be used for trading and investing in financial markets, virtual goods, and other cryptocurrencies, as well as being the primary payment form for all fees and transactions in the “NAGA Ecosystem”.

However, reports indicate that in just over a year, the value of the NAGA token has diminished by almost 99%, making it one of the worst-performing tokens (and subsequently ICOs) in recent years. NAGA AG (the creators of the ‘ecosystem’) have released only two viable products – the Trader and Wallet – and it is suspected that they seem set on halting any further development on the latter in favour of the former, due to a recent announcement that the company is seeking to restructure their organisation.

It is alleged that this essentially throws their promises into disarray, as the lack of development of a fully functioning ecosystem (as promised) would essentially render the sole utility of this token irrelevant.

Reports indicate the main promise established in the whitepaper was that: “NAGA token will serve as the base currency for all parts of the NAGA ecosystem”. However, a recent update from the company states that NAGA AG will begin to focus the bulk of its attention on their NAGA Trader product, owing to difficulties in capital markets, particularly that of cryptocurrency. This is a direct indicator of a broken promise, as without a functioning ecosystem, the main utility of the coin dwindles.

Reports suggest that NAGA’s post-ICO venture was an intense failure as the token itself is worth a pittance – at ICO, the value was 1 NGC to 1 USD and at time of writing, this has plummeted dramatically to 0.0459 USD. If the coin is worth nothing, then the ecosystem is worth nothing. 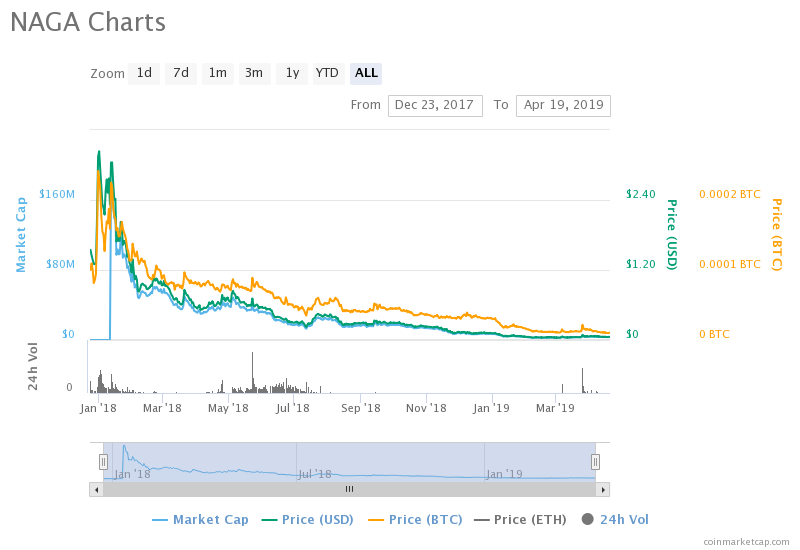 It is alleged that one of the proposed benefits of the NAGA, as highlighted in this video, is worthless. This proposed benefit was that it would allow some two billion people worldwide without access to a traditional fiat bank account to invest in financial markets or in-game trading. However, these statistics are allegedly drawn from (typically) third-world inhabitants who likely have very little need for investment in the financial markets.

NAGA stated clearly that the token would be used to finance and trade on their entire ecosystem, including:

Reports show that to date, half of these products haven’t been realised. As previously stated, the token has dropped -98.6% in value, thus making it almost worthless, and making these platforms irrelevant if they were built. It is suspected that the only item on the list that NAGA AG seem interested in developing, is the ‘profitable’ NAGA Trader tool. This, of course, is profitable to the company first and foremost.

The owners of NAGA went on record in 2018 as promising that they are “building value soon”, but there have been no subsequent updates. Quite simply, it is alleged that there are no strategies in place to use this “ecosystem” to raise the value of NGC.

Reports show NAGA clearly highlighted that the proceeds of the ICO would be used thusly:

It is alleged that NAGA tried desperately to claw in as many investors as possible, promising a ridiculous 30% (and higher) discount for ICO investors, with the promise of extra coins for referrals. Reports indicated that the founders themselves drove FOMO and promotions for the coin on social media, despite allegations that the coin wasn’t actually developed by NAGA AG, but by a third-party company known as NAGA Development Association Ltd (registered in Belize).

Finally, allegations have arisen that the ‘strategic partnerships’ mentioned are nothing short of ludicrous: one of the most recent partnerships was between NAGA and Hamburger SV, a football team playing in the German Bundesliga. We question exactly how this is a strategic and good use of investors’ funds.

According to a German report, key founder Benjamin Bilski confirmed it was NAGA Development Association Ltd who received the $50m USD in funding, and not NAGA AG in Hamburg. It is alleged that NDAL did not take control of this massive amount of funds, as reports suggest there is quite simply nothing to show for it. Reports show that the company’s registered location is a blank address not belonging to the company itself and almost no public information can be found regarding the issuing or subsequent expenditure of these funds.

A range of cryptocurrencies exist, all awaiting adoption and, according to reports, performing much better than NAGA. It is alleged that any one of these could be used for financial transactions in the NAGA Ecosystem, rather than attempt to blindly integrate a token worth almost nothing.

It is alleged that the NAGA Coin was a simple, industry-standard ERC-20 token.

Reports show NAGA has dropped to almost a nil value, and any further development regarding their ecosystem appears to be slowing to a halt, confirmed by recent announcements.

On social media, it has been alleged that NAGA has neglected to pay affiliates, and there are widespread claims of this ICO having been a scam since inception.

In further allegations, NAGA have been suspected of categorising retail clients as professional traders without any verification or trading experience proof. They’re allegedly allowing anybody to increase their leverage on the markets to 1:200 with ease and aren’t following Client Categorisation under Section II of Annex II of MiFID II.

The founders of NAGA, Ben Bilski and Yasin Qureshi, were also involved as advisors in two alternate ICOs that have been subject to allegations of strange behaviour. The first, Hicky, gathered $2m USD in funding at ICO but subsequently reportedly disappeared entirely without a trace. Second, a company called Asobi launched a coin to little success but raised $5m USD in their ICO. Reports indicate that after four months, the token is yet to be released to exchanges: 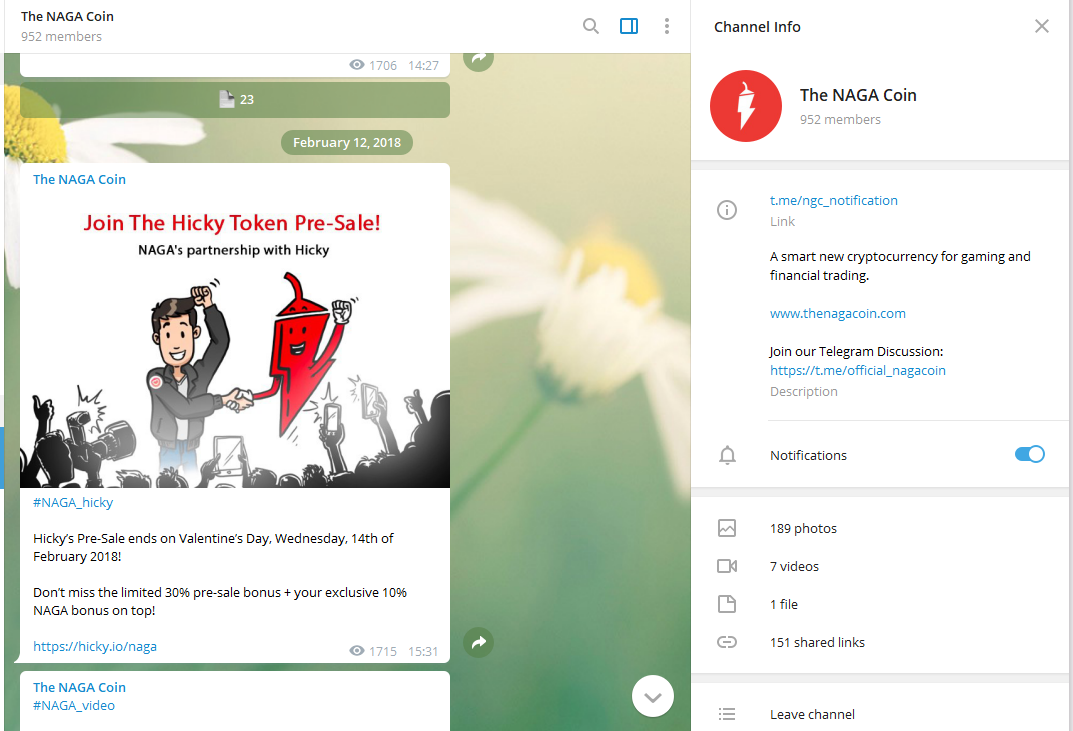 We urge you to join this class action with complete confidence if you have been financially affected by this ICO.

Reply from Issuer
NAGA’s Team has not replied to this post yet. If you are acting on behalf of the issuer and wish to contact us please click here