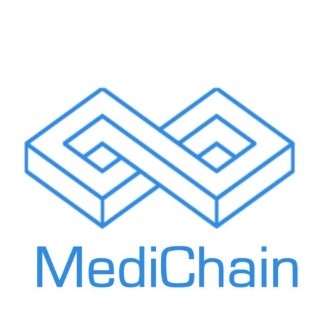 It is alleged that MediChain originally had extremely ambitious promises – they endeavoured to literally save lives through blockchain and crypto.
Consumers reported they proposed a platform that would enable users to have unrestricted, decentralised access to their medical records and history. Allegedly and quite simply, they planned to disrupt a trillion-dollar medical industry and go face to face with the medical insurance markets by ‘permitting users to gain access to specialists anywhere, regardless of the payer network or EMR used.’

Today, allegations have surfaced that the company has nothing to show for the 20m USD raised in their ICO.

It has been alleged that they haven’t released any working product, prototype or MVP, the token hasn’t been released to exchanges, and there is no sign of any development having been done in the 15 months since the ICO was finished.

It is alleged that MediChain took in 20m USD in ICO funds and have nothing to show for it. Investors and consumers suggested they failed to release even a concept of their product and have ceased any real updates to their investors. Investigations showed that their social media channels are dead, with barely any followers, and no interactions between the team and their investors. It is also reported that even the team itself has become disassociated with the project – out of ten staff members present on LinkedIn, only one (the CEO, Mark Baker) is still present with the company. It is reported that the vast majority have left the company, mostly between May – July 2018, immediately after the end of the ICO.

Allegations suggest that this ICO was registered in the UK, but the company itself is not – despite being fronted by a British CEO. Allegedly this company is registered only in Switzerland, as Swiss MediChain AG. Reports say this registration took place in April 2018, one month after the commencement of the ICO. Allegedly, the registered address of this company corresponds to that of 326 other companies, according to Moneyhouse.ch. The company has also apparently been registered to a “Shankar Peerthy”. This name is associated with countless companies, according to Shabex: https://www.shabex.ch/en/pe/pub/peerthy_shankar_82567122.htm.

It is alleged that the registered addresses of their offices, as touted by the website, show nothing but a shopping centre and an internet-café. There is nothing tangible related to this company, and it was founded for the sole purpose of this ICO.

Furthermore reports suggest that MediChain is almost a carbon copy of the MEDICALCHAIN project, which flaunts the exact same premise, entering the scene a mere month before MediChain arrive. It’s worth noting that presumably MedicalChain performed much better than MediChain and bears no red flags. Since the ICO, MediChain allegedly made a promise that unsold tokens would be burned to ensure they ‘couldn’t affect the value of the token’, but no such burning seems to have taken place.

Allegations say that if it were ever to be released, the token was proposed to be used for ‘research program voting’, ‘fees for medical data storage and transfer’, ‘discounts’ and ‘data services’. However, it is also alleged that the platform is non-existent, and the token remains unlocked, and therefore the project is allegedly deemed failed and non-delivering the promises made in the white paper.

It is alleged that there is no information over the allocation of the funds, and no evidence of proper spending either.

The issuer of the ICO, claimed that Medichain was a victim of a series of cyber attacks, which resulted in repeated hacks and stealings of tokens, suggesting that there was poor custody of investors’ assets, and allegedly holding liable the team for the losses.

Reports suggest that MediChain proposed blockchain to record medical data, was never even properly conceptualised, and did not take place in the form of a viable product.

Further analysis allegedly pointed out that there is no evidence or previous experience proving that the proposed technology is even suitable for the purposes of Medichain project.

5. Allegations on the token tech-innovation

Investigations reported that this is just an industry-standard ERC20 token.

It is alleged that the project never even got started.
Allegations surfaced that the team have all but vanished, cut ties with the company, and have neglected to provide any updates, no matter how small, to their investors.
Allegedly, millions of dollars in funding have vanished, and the entire project is rife with red flags.

Reports suggested that this project remains unaudited, unregulated and without any adequate supervision or management.

If you have been impacted financially by MediChain’s ICO, join this class action with confidence.

MediChain’s Team has contacted our team with futile claims but has not replied to this post yet. If you are acting on behalf of the issuer and wish to contact us please click here