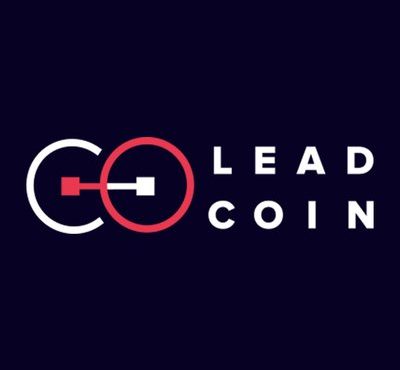 LeadCoin is a dead coin. In ICO, the company charged 0.04USD per token – these are now valued at 0.00015USD. This is drop of 99.6%, and as a result the token remains almost completely untraded. The platform that was promised in the whitepaper is completely unrealised and there’s nothing to show for the $50m USD raised in investments at ICO.

This company – and their token – have direct ties with Sirin Labs’ and Stox’s Moshe Hogeg, a man facing litigation for the alleged misuse of funds from the latter company’s ICO. Another advisor on LeadCoin’s team is Uriel Peled, another cohort of Hogeg’s who worked closely with Stox. In fact, LeadCoin’s promotional marketing consists of “testimonials” from the CEO of Stox and the CMO of Sirin.

If you suffered financial loss related to LeadCoin's ICO, join this class action to claim a refund
3 class members
1. Has the project accomplished the goals set out in the white paper?

The firm answer here is ‘no’. The whitepaper boasted a bright future, with the construction of an intuitive platform that would allow sellers to share their unused business leads in real-time, to then be allocated by LeadCoin’s ingenious algorithms to buyers who want them. They proposed that buyers would be able to use LDC (the proprietary token) to purchase these leads.

However, the reality is quite the opposite. Today, the platform isn’t used – all that is present are a few ‘test’ listings, and there are no real leads present whatsoever. You can only list leads for one industry, and there’s nothing for buyers to bid on:

The whitepaper directly claims: “This gives LDC the potential to become one of the strongest virtual tokens within the Ethereum ecosystem”, but today this coin has dropped in value by almost 100%. Nothing promised or written in the whitepaper has been realised.

No – this token was designed to be used for the following, as per the whitepaper:

○ Paying for future services and functions produced by LeadCoin

As the platform isn’t active and no users are present, the token therefore is without utility and value: 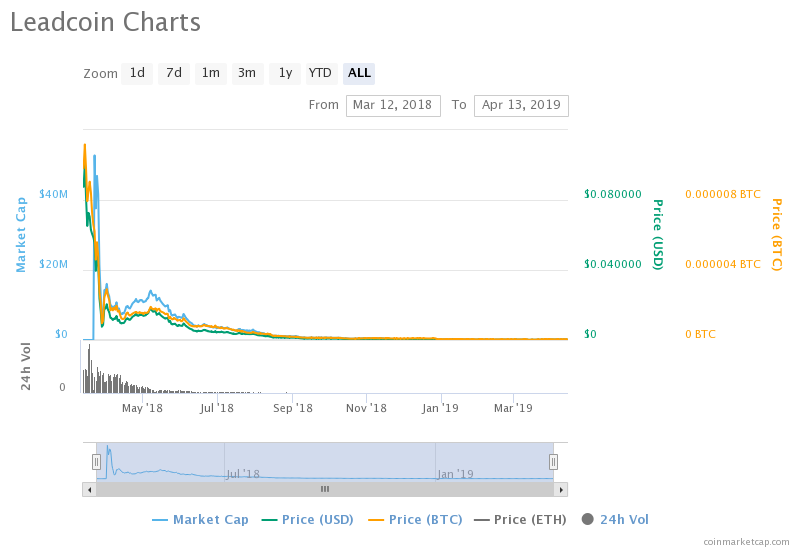 As per the whitepaper, the team declared ICO funding would be used as follows: 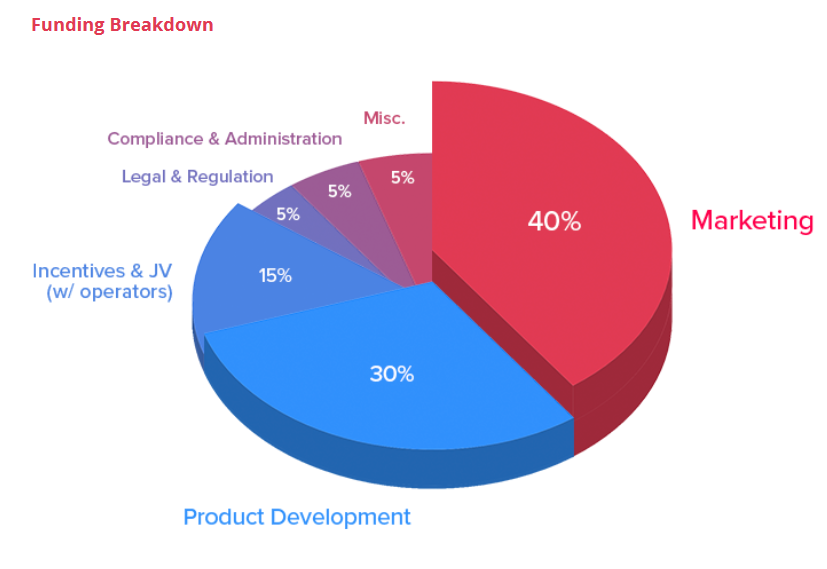 Initially, attention is drawn to the 5% reserved for “Misc” – this equates to approximately $2.5m USD and is an enormous amount of money to be allocated to something unknown and unnamed.

The graph further highlights 30% to be used for product development. This would total around $15m USD – nothing is present on LeadCoin’s platform to indicate that this money has been used to build any viable, promised product.

No – the LDC token was designed to be used solely on the LeadCoin platform, and nowhere else.

No, this is a merely an industry-standard ERC-20 token with no innovation.

LeadCoin is a completely unrealised project. The company sucked in $50m USD under the pretence of constructing a revolutionary and innovative platform but subsequently released nothing. The token is barely traded and worthless, and there’s nothing on the horizon for LeadCoin.

If you have been impacted financially by LeadCoin’s ICO, please join this class action with confidence.

LeadCoin’s Team has not replied to this post yet. If you are acting on behalf of the issuer and wish to contact us please click here