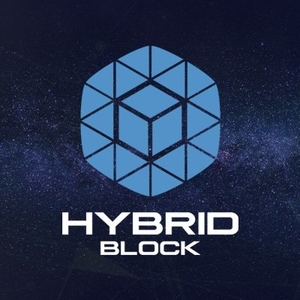 HybridBlock reportedly claimed to be “A world-class, all-in-one cryptocurrency trading system” and yet their founding partners consist of a sporting celebrity and an ex-director of a company halted by the BCSC due to reports of email spamming. It is alleged that one year after their ICO (which reportedly accumulated a staggering 25m USD), HybridBlock are yet to release an original product of any worth and have lost almost all of the value from their token, HYB.

It is further alleged that they’ve engaged almost a complete radio silence, are neglecting to provide any further updates on their status or development, and have absolutely nothing to show for the enormous funds invested in their platform.

Also alarming are the reports that the value from ICO has dropped by a dizzying -99.5%.

If you suffered financial loss related to HybridBlock's ICO, join this class action to claim a refund
106 class members
1. Allegations on project deliverables

It is alleged that the company has failed to deliver on its promise to “Evolve HybridTerminal Platform into a feature-rich trading platform…” as the development of the platform is null and void, with reports that the proposed systems are non-existent or persistently delayed. As an example, HybridBlock allegedly envisioned a “Learning Hub”, that would educate newcomers to the cryptocurrency industry. This was an educational application released to App Stores (the development of which was reportedly outsourced); however, consumer reports indicate that it contained no learning material whatsoever.

Reports indicate that none of the three product ‘tiers’ originally advertised (starting with a base platform for consumers, then professionals, and eventually large trading entities) has been realised.

Further reports suggest that HybridBlock was intended (but not advertised) as a white label product, copied from AlphaPoint, and not an original trading platform. Why do they need 25m USD if they’re not developing an original product? Reports indicate that AlphaPoint will sell a company a version of their exchange platform technology and permit it to integrate its own branding. HybridBlock’s website (https://hybex.io/) still displays references to AlphaPoint in the page source.

It is alleged that they have accomplished nothing that they set out to do and have no further updates for the future. Reports show all roadmaps and milestones end in September 2018 and nothing more is planned.

It is reported that HybridBlock put forth three main uses for HYB:

Put simply, it is alleged that the token is irrelevant and unnecessary. It is further alleged that since conception, there has been little-to-no evidence of development for this project, and the value of the token has dropped rapidly and dramatically since ICO, leaving investors with nothing to show for their funding.

Due to a lack of any reliable or original updates since the ICO, reports have failed to establish what HybridBlock have used their funding for. It is alleged that their promises and intentions remain unrealised and investors who funded the project with good faith are left out of pocket.

Investors have reason to believe the platform has been abandoned and the founders provide no further security or indication that investors’ funds will be used to inject a fresh wave of value into the token any time in the near future.

It is alleged that HYB is merely an ERC20 token branded as “the next best thing” and there is no innovation regarding this platform in any sense of the word.

It is alleged that HybridBlock has shattered the faith and trust of its investors by lining their pockets with the 25m USD invested in their project and reportedly closing down any and all communication channels with their community.

In fact, allegations have arisen that the majority of their community in terms of social media (Telegram, for example) is false and fraudulent, as reports suggest HybridBlock offered shady incentives to those that followed them or engaged with them on social media. Regardless of the numbers that now exist, reports indicate the updates are few and those that do come are usually ripped-off content or retweets.

It is alleged that this project has no future, the value of the coin is almost nil and the team have nothing on the horizon.

If you have been affected financially by HYB’s ICO, please join this class action with confidence.

Reply from Issuer:
HybridBlock’s team has not replied to this post yet. If you are acting on behalf of the issuer and wish to contact us please click here