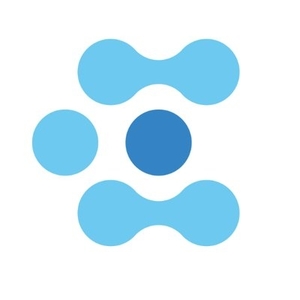 It is alleged that Envion hosted one of the most fraudulent ICOs seen in 2018. Reports indicate that the premise was based on a revolutionary, eco-friendly cryptocurrency-mining stroke of genius; however allegations have arisen that Envion swindled one hundred million dollars from thirty-thousand genuine investors. It is alleged that soon after, the organisation fell apart, with reports indicating that the ICO was declared unauthorised and the company ordered to cease trading by a Swiss court.

It is alleged that they comprehensively betrayed every investor and stuffed their pockets with the funds raised in what was one of the largest-grossing ICOs in recent years. Reports indicate that the upper echelons of Envion fell to pieces and engaged in frenzied bickering, with accusations flying at will. Reports confirm the value of the token has dropped to almost nothing and investors have reason to believe the now-defunct company will probably not be offering refunds.

It is alleged that they were directly in violation of the EVN subscription form and U.S. securities laws and are completely liable.

If you suffered financial loss related to Envion's ICO, join this class action to claim a refund
61 class members
1. Allegations on project deliverables

It is alleged that the company itself lays in ruin and is completely incapable of carrying out any promises listed in their white paper.

According to reports, Envion had a vision to ‘disrupt the cryptocurrency mining industry with Mobile Mining Units’, stations that would use clean, low-cost local energy to mine a wide range of cryptocurrencies. It is alleged that they preyed on the modern person’s wish for a better, cleaner world and twisted it to enrich themselves. Unfortunately, reports confirm that mining is not possible from mobile devices for a multitude of reasons; it is alleged that Envion founders were aware of this from the beginning.

Unsurprisingly, reports indicate that deals soon collapsed, and the team openly confirmed they’d never be able to realise their goals. It is alleged that there were no valid calculations to back up their promised ROI of 165% and that instead, they listed vague figures for manufacturing, shipping, and installation of their MMUs and mathematically incorrect assumptions of energy and running costs.

It is alleged that Envion’s token was never meant to be realised and reports indicate that the value crashed hard and fast. If the MMU project was ever supposed to be a reality, why did they even need to fund a token? Allegations have arisen that firstly, the project didn’t need a token – it just required the MMUs; secondly, Envion could have crowdfunded for the production of these units and completely disregarded the token. Instead, it is alleged that they built a fraudulent ICO to raise massive funds based on the promise of a high performing token.

It is alleged that Envion soaked up just over 100m USD and did nothing beneficial to their investors with this funding. It is further alleged that after clawing in the money, they pushed out a token that would drop in value to almost nothing and denied their investors any concrete updates or proof of production. Reports confirm that no Mobile Mining Units were ever developed, leaving investors to question exactly where their money was being spent.

There is a high level of controversy surrounding this company: reports indicate that the CEO (Matthias Woestmann) claimed founders had fraudulently created over 40m tokens for themselves without the knowledge of the board. At the same time, the founders alleged that the CEO illegally took over the company and refused to burn coins post-ICO, as promised in their white paper. In fact, Woestmann is reported as having kept extra tokens for himself. This information is referenced in the following sources:

It is alleged that the token has no utility beyond being used as a fundraiser for the MMUs and certainly wouldn’t require blockchain implementation.

It is alleged that this was a standard ERC20 token manufactured by a team that had little-to-no experience with cryptocurrency, as publicly declared.

It is alleged that Envion led one of the most questionable ICOs in recent years, conning huge amounts of money from their investors. Reports of a lack of control or structure within their company display a high level of instability in the project. Reports confirm Envion’s CEO publicly admitted to having no knowledge of mining currency, and that the head founder had previously failed in a string of business endeavours.

There is nothing good to take from this. Reports indicate the company has ceased trading, the coin is worthless, and investors have reason to believe the 100m USD shows no sign of being returned any time soon.

If you have been financially impacted by Envion’s ICO, join this class action with confidence.

Envion’s Team has not replied to this post yet. If you are acting on behalf of the issuer and wish to contact us please click here