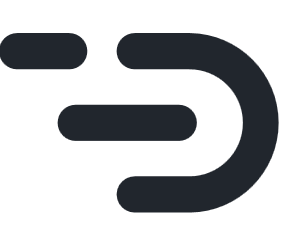 Allegations have surfaced the concern DADI’s goals were overly-ambitious from the start, potentially to the point of being absolutely unachievable. Reports alleged the company envisioned “Internet 2.0”: a decentralised, thriving cloud ecosystem, focussing on providing users with web services, and the abilities to build, scale and grow their own digital products.

It has been alleged, they promised to rival tech mega-giants such as Amazon, Google and Microsoft, the former and latter being trillion-dollar businesses with an overwhelming amount of technical power in their arsenals. DADI, on the other hand, is a start-up founded with little capital, nothing in the way of a portfolio of past achievements, and a team that doesn’t even have a tangible office, and certainly not a shade of innovative technology, intellectual property or competitive advantage, that would have given them at least a chance, reports alleged.

Consumers reported they have today nothing to show for the 30m USD they raised in their ICO in January 2018, despite allegedly exhibiting lofty promises heaped with bold marketing talk and hype.

If you suffered financial loss related to DADI's ICO, join this class action to claim a refund
11 class members
1. Allegations on project deliverables

It has been alleged DADI have nothing to show for the funds raised, and the promises made to their investors at the time of the ICO.
Reports suggested the team envisioned a thriving ecosystem that today, a year and a half later, stands at nothing. On their ‘marketplace‘, they have released just one product, and even this requires the joining of a waiting list before users can access it, reports indicated. A further ten products are undeveloped, with six of these having missed their proposed launch window, reports alleged.

Allegations indicated that very recently, they announced the release of their “Edge Network” product (following a re-branding from DADI, to Edge), but reports suggested this to be nothing more than a map, and a list of hosts, and gates:

Allegations surfaced that there is certainly no sign of their proposed ecosystem, with millions of users worldwide.

It is alleged that DADI envisioned a P2P network ‘owned by the people’, in a brazen attempt to shift the power from the leading corporations. They allegedly subsequently suggested that their services were cheaper, yet faster than Amazon or Google – quite a bold statement, considering their services are all but non-existent, reports suggested.
They further allegedly claimed that their project is owned and run by everyone – namely their investors – and that they would be ‘sharing its revenue’. According to reports, this suggests an active investment in the company, bordering on the investments themselves forming securities. This in turn means that the company must be tightly regulated, and simply isn’t, reports indicated.

Early allegations claimed that this project was a copy of the SONM project, which itself raised 42m USD in ICO and also failed, with the value of its token dropping by 97%. In actual fact, it was reported and alleged that DADI had actually plagiarised portions of SONM’s whitepaper, as detailed by Sergey Ponomarev, founder of SONM. In his statement, he suggested that court action may be pursued following the stark similarities and obvious copying of SONM’s documents by DADI.

Allegedly in further acts of deception, DADI were uncovered as making claims to partnerships that weren’t actually real, leading to one example where the leader of one company – RaiBlocks – had to come out publically to disclose that no such partnership was present, reports indicated.

Allegations suggested the founders of DADI/Edge and the origins of their company display some strange aspects. Allegedly, the CEO and Founder, Joseph Denne, bears no experience with crypto, finance or anything technical on his LinkedIn profile. He’s currently listed as Director of BlockUnit, The Wardrobe, and ‘DADI+’, as well as being the director of two dissolved companies, Plus App and WEL’-RED’. In most cases, all companies detailed feature the same group of people, particularly in the case of BlockUnit, reports indicated.

Edge Cloud (previously DADI Cloud, incorporated with 1GBP. Their name changed on the 9th July to correspond with a re-brand): https://beta.companieshouse.gov.uk/company/11159550

With all these companies, the registered addresses are always the same: faceless locations that give nothing away, reports alleged. The expert reviews of DADI suggest that the technology they’re proposing is non-existent, the technical challenges are too large to overcome, and the team isn’t big enough or experienced enough to accomplish their goals, reports indicated.

Reports indicated that at the time of the ICO, the token was sold for 0.5 USD, but today it’s worth just 0.05 USD, a drop in value of 90%. Reports alleged that aside from the main exchange it’s listed on – Kucoin (a mediocre exchange that doesn’t even break the top 30 in terms of trading volume) – the transactions elsewhere are almost nil.

It has also been alleged that the token would have had a very simple utility – it would have been earned as “compensation” for the rental of a user’s ‘computational power’. However, it has had an exponential decrease in value since launch, effectively making it – and any platform it is tied to – worthless. 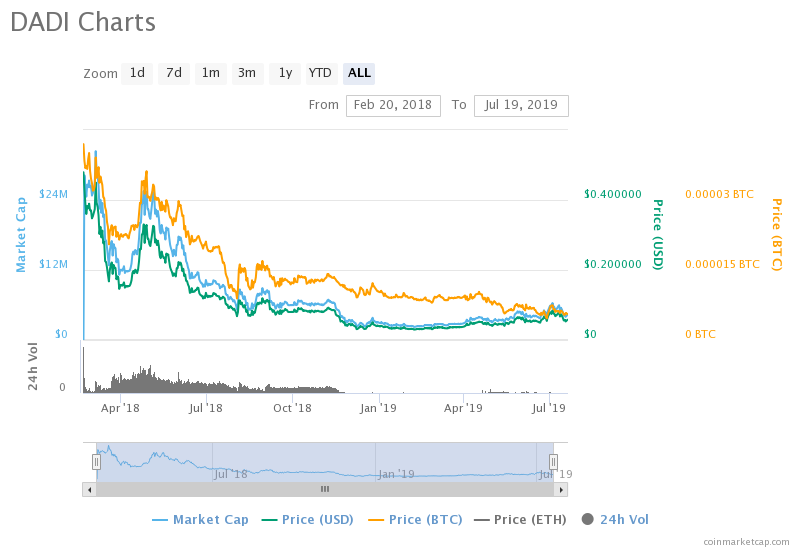 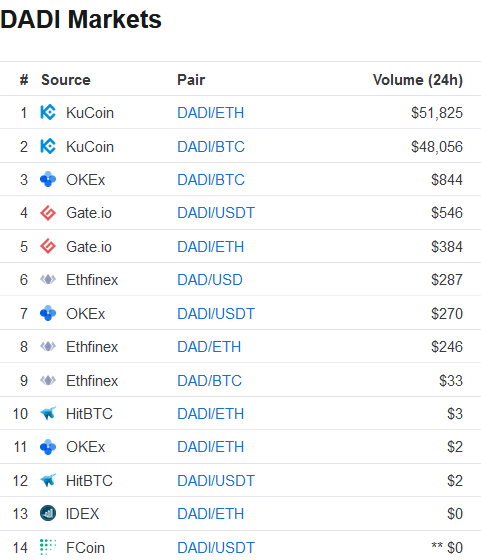 3. Allegations on the use and allocation of the funds

It is alleged that DADI’s whitepaper doesn’t offer an explanation on the distribution of funds raised. Allegedly, their team list doesn’t actively contain (in any capacity) a CFO, or any senior or even junior financial staff members. There is nothing to clearly say who is regulating and managing the millions of dollars of funds, reports suggested. In fact, the only staff member capable of overseeing the finances is COO Paul Kingsley, whose LinkedIn portrays him as holding senior positions in a staggering nine companies at present, reports alleged.

It has been alleged that they stated roughly that it would be “built on the Ethereum blockchain” but allegedly there is so little mention of the blockchain in any of the company’s documentation, it seems this too was just empty hype, reports suggested. If realised however, the peer-to-peer network structure would subsequently be blockchain-powered. In fact, in an interview (https://www.the-blockchain.com/2018/07/02/whos-the-dadi-uk-blockchain-startup-takes-cloud-services-fight-to-amazon-and-google/) the team were quoted as saying “blockchain will take a backseat” … “it’s not as relevant as the practical application of the platform”.

Overall, reports suggested that the project lacks evidence of a clear competitive advantage when it comes to innovative technology.

Allegedly, the DADI token is merely an industry-standard ERC20 token.

Allegations have surfaced that from plagiarised content to a failure to release working products, and from strange conception foundations to a team not experienced enough to achieve their goals, DADI’s proposal is allegedly a misrepresentation of the claims made in the white paper, which inflated the price of the token at the time of the ICO.

Reports suggested this project bears many signs of an exit scam, and predominately the fact that the funds have allegedly been taken in, and no working product has allegedly been returned. As time goes on, DADI pass over more and more of the milestones in their roadmap without achieving what they’ve promised, and their investors become more and more alienated, ocnsumers suggested.

In their updates, the company have extremely limited information to divulge, opting to discuss the weather, and using filler points such as “We had a handful of meetings”, “We put a lot of flesh on the bones of our strategy”. An example can be seen here: https://dadi.cloud/en/updates/announcements/weekly-update-12th-july-2019/.

If you have been impacted financially by DADI’s ICO, please join this class action with confidence.

DADI’s Team has not replied to this post yet. If you are acting on behalf of the issuer and wish to contact us please click here