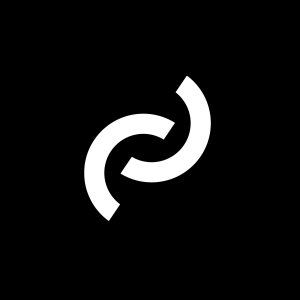 CryptoCurve has made promises akin to so many others who have hosted ICOs and yet they allegedly have nothing to show for their investment efforts. Reports indicate they have declared themselves as launching a next-generation wallet that will change the face of the crypto trading industry, but investors have reason to believe that this is far from the truth today. Allegations have surfaced that CryptoCurve has almost nothing to show for the $7.4m USD investment made during their ICO and in their short time in the public eye have already gathered a negative opinion.

The main allegation within this investigation is that the CURV token is yet to be released – the company have allegedly soaked in the investments without taking the most fundamental step and releasing these tokens to their investors. This is one of the indicators of an exit scam.

Reports indicate that the whitepaper promises a plethora of technical achievements, some of which include SDK packages, an intuitive and ingenious wallet and a wealth of deeper implementations as time goes on. However, it is alleged that the one functional product they have available – their Curve Wallet – is bland, unimaginative and underused. Reports suggest that there is no online buzz concerning this, no reviews and no feedback to be found anywhere, further suggesting it is an abandoned product fresh out of the gate.

Allegations have surfaced that the whitepaper is bloated and stuffed with overwhelming technical jargon to baffle the reader and to form as professional an image as possible. Reports indicate this company scraped past 50% of their intended ICO target, securing $7.4m USD of their $13.6m USD target and have nothing to show for the millions invested.

The token was slated to be the “fuel for the Curve ecosystem” (as per the whitepaper), but it is alleged that this is simply not a reality. Reports indicate the token remains unlisted on exchanges and is worthless. CryptoCurve claimed that the token would be used to pay transaction fees, used to stake in the Curve Wallet against future ICO airdrops and to active features such as Nuke, but reports indicate none of this is actually happening. Therefore, the token allegedly has no utility.

Coincidentally, reports indicate CryptoCurve omitted any traditional graphs showing their intended use of funds from the whitepaper, and any subsequent documentation. We quite simply cannot confirm what they are doing or have done with the millions of dollars invested in the project. However, given that their Wallet is still on V1.01, it is alleged that no development work is being released. Further, they confirmed that the Wallet will be available on Android and iOS but investors have reason to believe this is not a reality, as the wallet is available on neither.

No, the token is simply to be used as a payment token within the Curve ecosystem.

Reports show it is a WRC-20 token, owing to the implementation on the WanChain network, and not Ethereum. However, this token is loosely based on the standard ERC-20 token, but the “W” stands for WebAssembly. It is allegedly not innovative so much as an alternative solution.

Reports indicate Cryptocurve have released nothing of any worth since their multi-million dollar ICO and remain – for the most part – unresponsive. They have not ever released financial information showing where the funds raised are going, and they are yet to release the bulk of any promised products. Allegations are that the token is untraded, unlisted and worthless, and the public outlook on this project and the attached token is bleak:

If you have been impacted financially by Cryptocurve’s ICO, please join this class action with confidence.

Cryptocurve’s Team has not replied to this post yet. If you are acting on behalf of the issuer and wish to contact us please click here