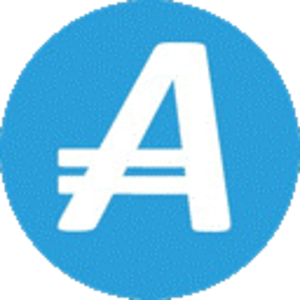 Reports suggest Atonomi has had a short and turbulent history since the inception of their ICO in May 2018. It is alleged that the company, which promised an “ingenious security protocol and infrastructure to enable trusted interoperability on ‘billions’ of devices”, was actually a multifaceted and multi-tiered scam. Numerous reports have led to great controversy surrounding Atonomi, including reports indicating the following: investors committing mass dumps on Day One, a CEO being dismissed and dubiously replaced, misuse of ICO funding, and a coin that is all but worthless less than twelve months later.

The following allegations have arisen: the company cannot account for the funds raised, the company is deceptive and misleading, the coin has no value, and the promised products have never been realised.

It is alleged that the white paper – stacked high with vague marketing and management spiel – made a lot of bold claims and promises that have been left entirely unrealised. Amongst those was the claim to be building an entire network that would provide secure device-to-device transactions and a completely safe and regulated exchange of data.

It is alleged that the white paper itself was poorly constructed, with very little mention of financials, hypothesised performance targets, or projections and instead contained pages of irrelevant text. Furthermore, it is alleged that the little graphing or imagery available could have been made in two minutes on any entry-level tool.

To date, nothing has been realised, and it is alleged that nothing ever will be. In fact, the events that took place within Atonomi and its parent company – Centri – are well-publicised and include the suggestion that the new CEO, Robert Strickland, does not care for Crypto in any sense. Reports indicate the when he took over from Vaughan Emery (who was allegedly fired from the company), he joined Atonomi and Centri together as one, dismissed the Atonomi staff and used the proceeds of the ICO (all twenty-five million dollars) to fund Centri staff and rescue the company from a current slump.

Atonomi (ATMI) Has Lost 99 Percent of Its Value Since ICO, Pulled a Bait and Switch on Investors and Diverted All ICO Funds to Centri, Simultaneously Centri Fired the Entire Atonomi Team

As per Atonomi’s white paper, the token would be used as follows:

They confirmed that the token would be imperative and stated more than once that the network would rely heavily on the token to function.

However, it is alleged that the reality faced by investors is no functioning network and no value in the token.

Investors may have had reason to believe it was futile to retain the coin from as early as Day One and allegedly actively participated in the pump and dump scheme that was present. The graphs below indicate enormous blockchain transactions were made, showing dumps of four million tokens by key, private investors: 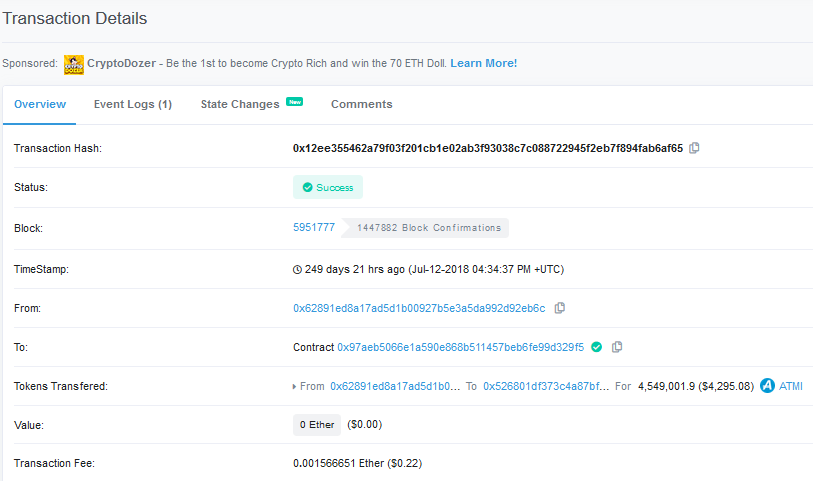 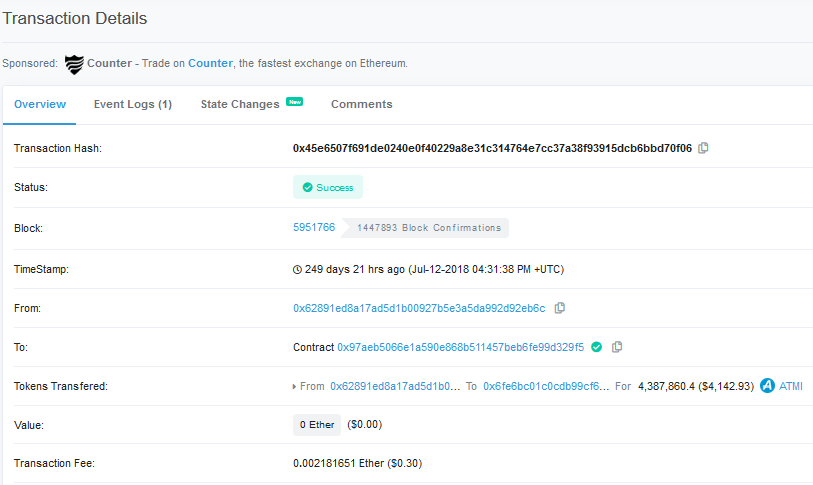 Investors have reason to believe that there’s no plan in place to rescue the floundering coin and no solid updates have been provided since mid-2018. Reports indicate that the company does not currently employ any staff with experience in cryptocurrency or blockchain technology and their social media channels are filled with generic spam and retweets. It has even been reported that there is a Telegram chat named “Atonomi Scam” with over 300 members present.

To summarise: it is alleged that the token was made to support the network, but the network was never created. Therefore, this token has no utility.

It is alleged that there was no mention in the white paper of Atonomi’s planned distribution of funds, or of their financial roadmap. Reports indicate that they never highlighted how the money would be spent. It has been recently reported that one of Robert Strickland’s companies hosted an enormous and lavish “conference” in Barcelona complete with yacht parties and huge buffets. It’s alleged that the money raised from the ICO for Atonomi funded this.

Further to this, it’s a well-documented allegation that Strickland used the funds raised in the ICO to a) hire his own family members into Centri, b) pay Centri salaries and c) rescue Centri from a low-performing trough.

Thanks to the expotentially decreasing value of ATMI, investors have reason to believe they are extremely unlikely to ever gain back the millions of dollars they invested in this project: 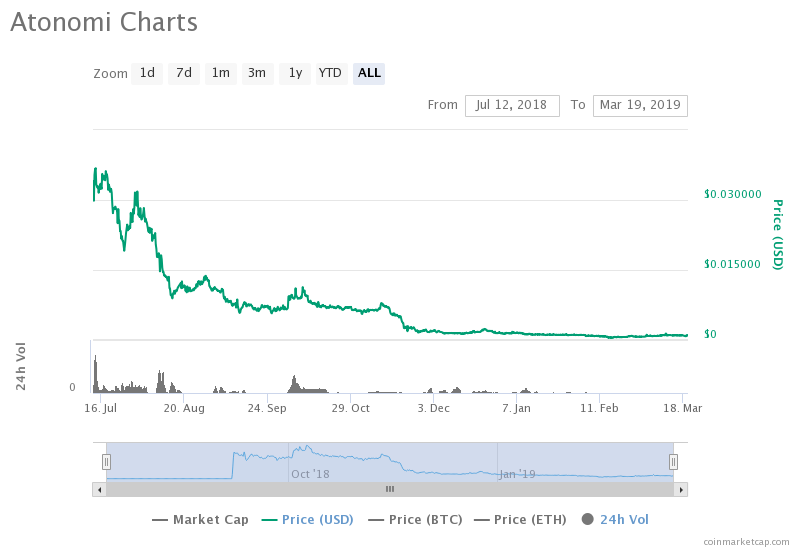 Atonomi stated that the platform “leverages the power of blockchain technology to validate immutable device identity” and would feature “blockchain-based tokenization of identity and reputation services”, but we remain unconvinced this was the case. While this may have been their goal, there is reason to believe it couldn’t ever be realised. Blockchain technology is required when the decentralised system in question is adding value: using the technology to merely validate a device’s identity is nonsensical.

It is alleged that this is just a standard ERC20 token.

The way Atonomi and Centri have allegedly treated their investors is despicable. They have allegedly conned them out of twenty five million dollars and have absolutely nothing to show for the value. Reports indicate firstly that the coin has nothing in terms of value and secondly that the company have nothing in place to boost the token’s performance. Their products allegedly remain lost and undeveloped, painting a clear picture of the level of deceit attained by Atonomi and Centri. Investors have reason to believe they were duped to drive hype and gain an image of popularity and prosperity, then the project was allowed to fall to pieces.

If you have been financially impacted by this ICO, please join this class action with confidence.

Atonomi’s Team has not replied to this post yet. If you are acting on behalf of the issuer and wish to contact us please click here