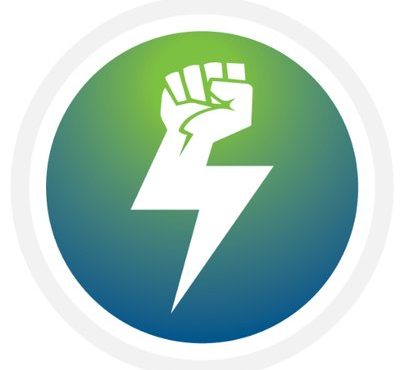 Allegations suggested that 4New’s project and inception is one of the most deceptive and deceitful of the 2017 season. It is alleged their ICO was actioned while sitting on a foundation of lies and misdirection, nothing from their exuberant proposals has been made a reality, and the 42m USD they collected in funding has disappeared, along with numerous members of staff, reports indicated.
Investors suggested that almost every aspect of their whitepaper and promises has been revealed as a lie, with red flags scattered wildly throughout this entire project, from start to finish. To-date, their token bears a -99.85% ROI, their ‘waste-to-energy cryptofarm’ project is in tatters, and the founders are nowhere to be seen, reports indicated.

If you suffered financial loss related to 4New's ICO, join this class action to claim a refund
47 class members
1. Allegations on project deliverables

Allegations surfaced that this project is so heavily riddled with red flags that it’s almost an impossibility to list them all in one place.

It has been alleged that initially, almost all major staff members at 4New were based in the United States, as per LinkedIn, despite this company being allegedly registered and located in the UK.
Allegedly, any checks to the locations of 4New’s offices in the UK would turn up blank, faceless buildings, or sites occupied by alternative companies. It has been reported that two separate entities are listed on Companies House: 4New Limited and 4New Holdings. In regard to the former, the director here is 4New founder Varun Datta. The latter is headed up by Sandeep Golechha, who – despite being listed on Companies House as the active director – purportedly resigned from 4New last year, reports indicated.

Allegedly, in April of 2019, Companies House began proceedings to strike the company from the register and order its dissolution, owing to so little official involvement from the senior staff of 4New:

Consumers suggested that this is a similar trend throughout all aspects of this project: no updates, no involvement, and a company teetering on the edge of collapse. The founders allegedly have since disappeared from the face of the internet, with Varun Datta having cleared off his LinkedIn and social media. The company allegedly declared just over 1m GBP in total net assets in 2019, but there is nothing to show for this, or for the 42m USD reportedly taken in via their crowdfunding rounds.

Consumers suggested that 4New was founded for the explicit intention of running this ICO. Nothing allegedly existed before, and nothing has existed after, reports suggested. Their promises and projections of a clear increase in the value of their KWATT token were merely designed to generate hype, and the token now exists as an almost entirely worthless entity, investors reported. It has been alleged that at its inception, the company claimed they had ties to tangible crypto mines and energy plants in Middlesbrough and Hartlepool, but these didn’t actually exist, reports inindicated.

Allegedly, the main face behind 4New – Varun Datta – (aka: Dutta) has a long list of fraudulent and criminal behaviour behind him. Allegations have surfaced that in Delhi, he and his father were regularly entangled with the law for duping and conning businessmen out of millions of rupees, defaulting on loans, forging official documents, and general deceitful acts. In particular, Varun was apprehended for scamming a businessman out of 50m Rs (720k USD) media reported. He has been labelled a ‘serial fraudster’, reports indicated. If this wasn’t bad enough, it is alleged that the ex-President of 4New – Saransh Sharma – is currently serving a 33-month prison sentence in the United States for fraud.

In an interview with the Mirror, Madeleine Teasdale (once listed as business development staff, but a director on Companies House) stated: “I wish I’d never met them” (in reference to the founders of 4New). She claimed she was short paid, or not paid at all for her services and since leaving the company and speaking out against them, has received anonymous death threats.

Allegations surfaced this whole premise was a strict non-starter. The technology wasn’t ever there, the properties didn’t exist, and the company publicly declared staffing of only five people, reports indicated. This was a ludicrous prospect at best, consumers suggested. Across the crypto and ICO industry, there are vast allegations that this was a clear Ponzi scheme: the company garnered millions of dollars in pre-ICO investments, and then promised said investors that they would receive massive returns as the token grew exponentially in value year-on-year. This was, of course, a lie, as the company had no intention of putting into place what it had originally promised investors, investors suggested.

Allegedly, the proposal was that investors would use the tokens as a lateral stake in the production of electricity in the power plant, gaining quarterly compensation for said stake, with the value of these repayments rising the more you stake. Reports indicated that when considering this, it’s clear that there is no real utility. You could use any one of the existing cryptos or even fiat investments to make this work, there’s no real need for the KWATT token, reports indicated.

Allegations indicated there were further, ridiculous claims of being able to use KWATT to pay for electric bills and for global healthcare, with nothing tangible to back these claims up.

3. Allegations on the use and allocation of the funds

In the whitepaper, the division of funds was proposed thusly: 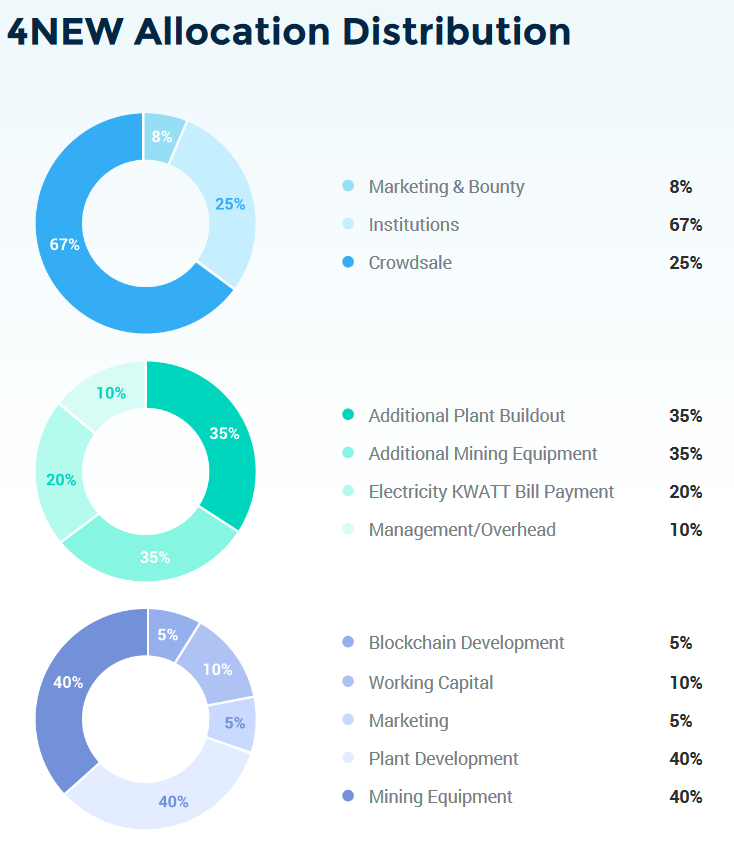 However, allegedly, none of this was made a reality. There is allegedly no sign of the mass funds generated for this project. After the ICO, the company’s capital plummeted, and they claimed that the funds were being held in a third-party escrow account, reports indicated. Allegedly, there are absolutely no signs that this is a truthful statement. It has been alleged, no development has been done, no milestones achieved, or goals reached. No promises have been fulfilled and there’s certainly nothing to show for the 42m USD investments, consumers reported.

It has been alleged that there was no innovative technology backing up the project.

Reports indicated that this is just a duplication of the industry-standard ERC20 token.

Consumers reported 4New ICO as one of the most shockingly deceitful 2017 ICOs. It has been alleged that from the moment this project was conceived, investors have been resoundingly scammed out of their funds. Reportedly, the company have absolutely nothing to show for their promises, and the 42m USD in funding has all but disappeared, investors indicated.

4New’s Team has not replied to this post yet. If you are acting on behalf of the issuer and wish to contact us please click here